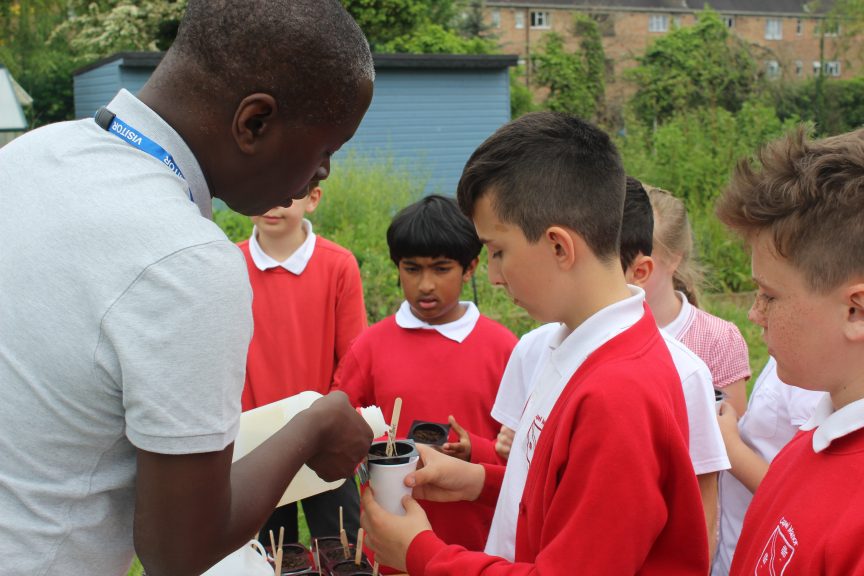 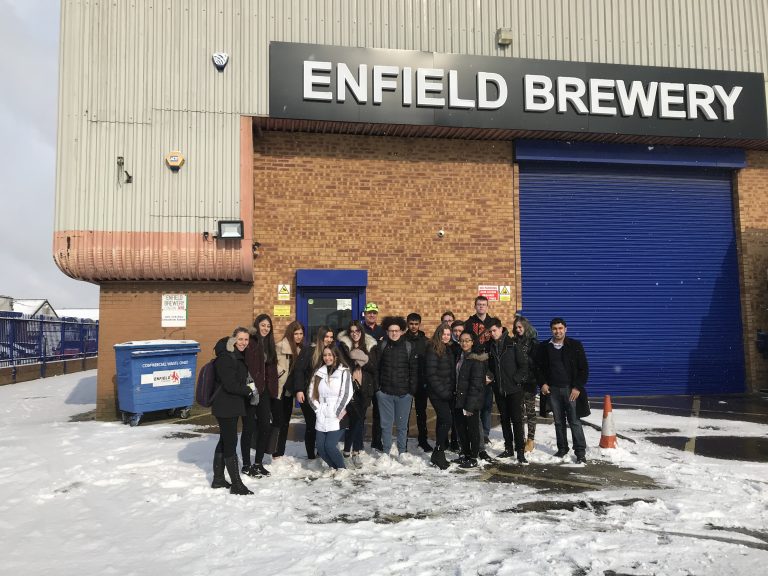 As a part of the BTEC Science course students have to visit a number of industries related to their Schemes of Learning. This week we have been studying Fermentation and the factors affect it, such as knowing about an enzyme’s optimal conditions which can be used to control this process.
Students were given a presentation of the chemical process of brewing beer from beginning to end. It was more complex than we expected and the Mastery Brewer had a PHD in chemistry and Biochemistry. The students viewed live culture counts of yeast through microscope and we’re able to smell and taste a non alcoholic barley liquor which is part of the whole process.
The Enefeld Brewery (old spelling for Enfield) is a unique craft beer establishment which is growing on popularity because of it’s homegrown approach and tries to reduce it’s carbon footprint by using local sources of ingredients.
An enjoyable trip despite the snow giving us a challenge to be from the venue. 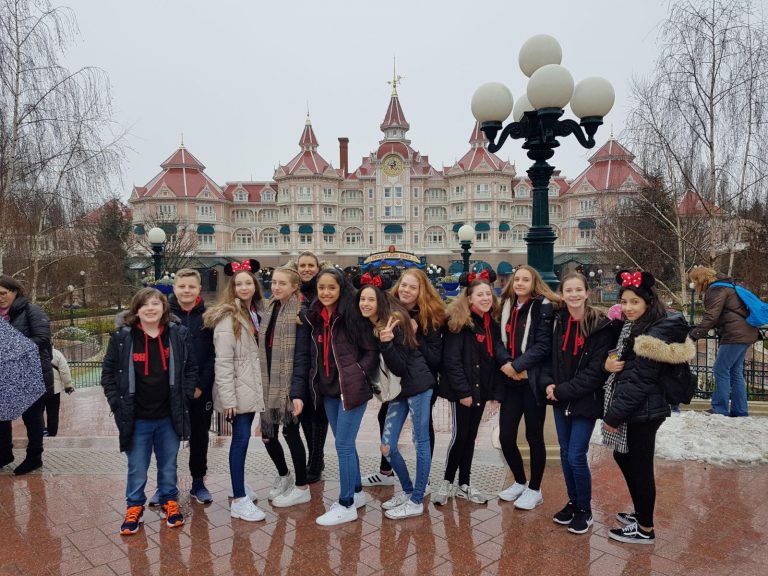 Some of our students in Year 9 were very lucky to visit the Cite des Sciences et de l’industrie in Paris during our half term break. The group of 40 students and accompanying staff saw many of the exhibits including the Solar Impulse 1 aircraft which flew across America in 2013 and the Geode located outside.

The group then made their way to Disneyland Paris where they experienced the effect of rollercoasters on the human body and learnt the science behind some of the attractions. These included the work done on gravity by Sir Isaac Newton.

The group really enjoyed themselves and were a credit to the whole school. 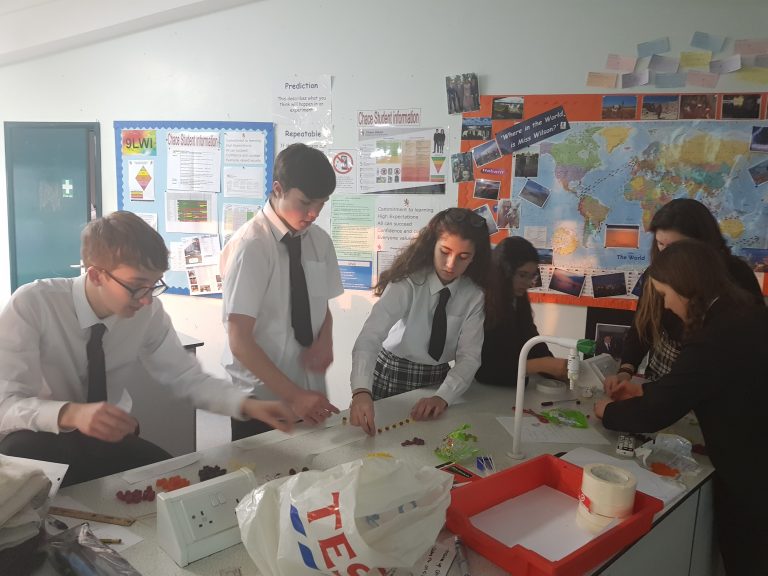 On January 17th some of our talented Year 11 students attended the first of our Science Masterclass’. They enjoyed experiencing A level Biology teaching on the detailed structure of DNA by Miss Wilson. You can see them here making 3D models of DNA from sweets. We look forward to delivering more Masterclass’ run by A level Chemistry and Physics experts in the upcoming months. 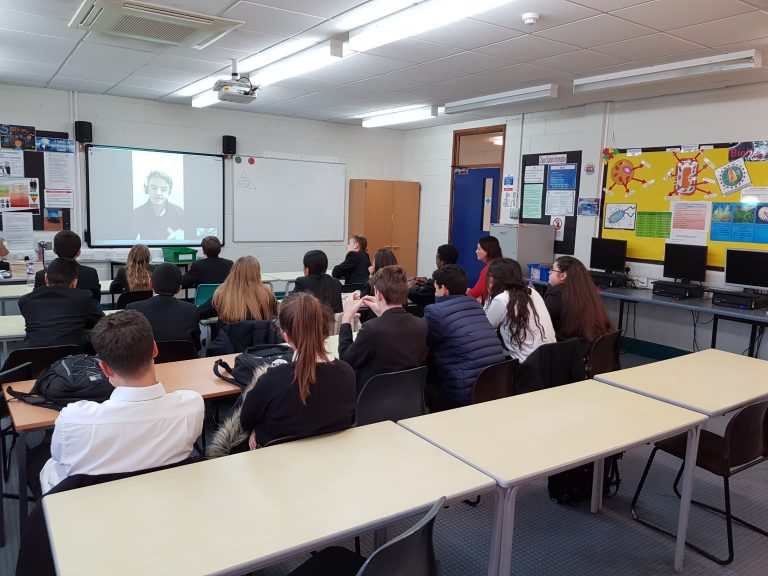 Students in Year 9-11 who have a passion for Engineering we able to participate in a STEM event where Chace Community School skyped a Structural Engineer from Burohappold Engineers, London. Burohappold designed structures such as Tottenham Hotspurs’ stadium, the Arsenal stadium and the O2 Arena.  The students who represented Chace were interested, enthusiastic and asked brilliant questions. This was a great opportunity for students to speak to a person working in industry and ask questions that are relevant to our students. 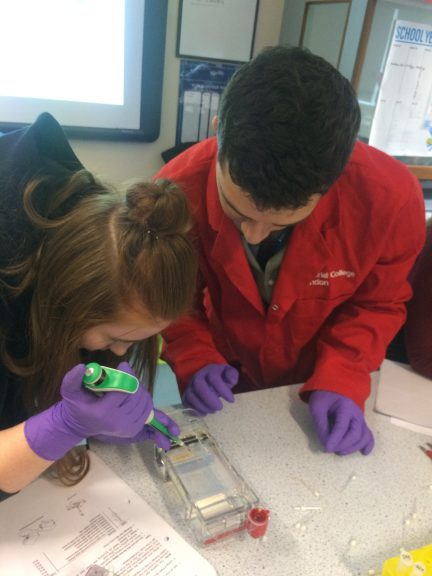 Year 13 biologists spending the day with experts from Imperial college, using the specialist equipment to carry out PCR and gel electrophoresis.

The PTA kindly funded a new digital balance which is currently being used by students taking A level Chemistry and BTEC Science at Key Stage 5. 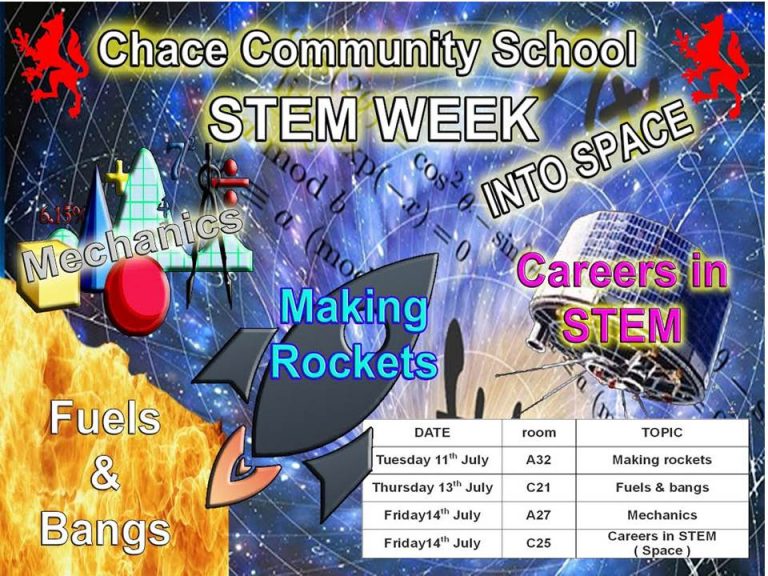 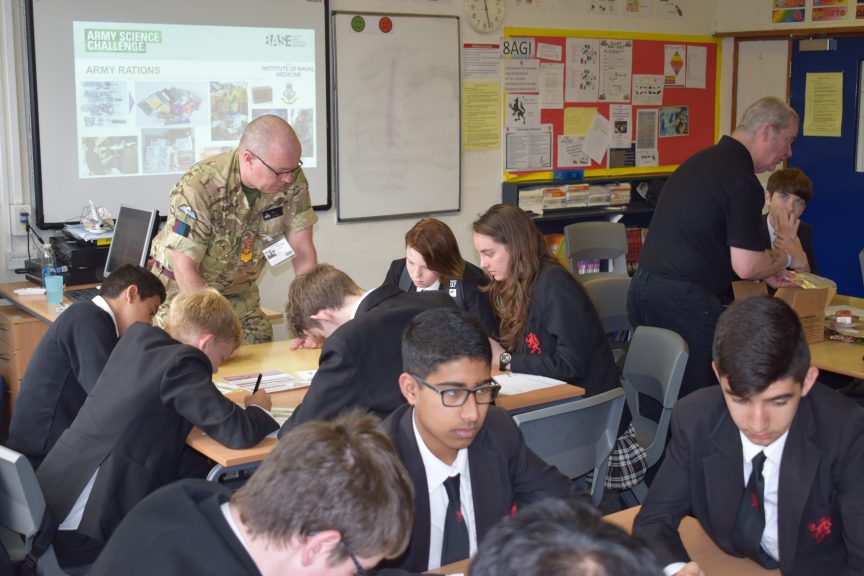